If you missed it, I’m pregnant. I’m feeling all the things you imagine I’d be feeling and more. Then amplify those ideas infinitely. I never knew such joy and anxiety could swirl together like a perfectly made PB&J sandwich. It’s a delicious nostalgia of youthfulness, but also all that sugar in the jam, the peanut butter can make the mouth feel dry, and bread is starchy AF.

I have a lot of things I want to say about pregnancy. A lot. Learning about pregnancy made me reflect on laws about what I’m supposedly allowed to do with my body, realize shamefully how little I understand my body in general, and how ignorant I was about pregnancy, which is the most epic thing a human body can do. Have you ever let your mind be blown by the fact that women’s bodies create life?! It’s happening to me and it’s still the most surreal thing I’ve ever experienced! Hot damn.

Women’s Rights to Their Bodies.

I can’t believe I have to add a disclaimer, but remember pro one thing doesn’t mean anti something else: as pro-black isn’t anti-white or pro-feminism isn’t anti-men, pro-natural/vaginal birth isn’t anti-hospital/medicated birth. I believe in all of our rights to choose what to do with our bodies, even the things that challenge my upbringing, traditions, and beliefs/“religion” (the laws of nature and the universe is my religion, one could say). There is no shame in going to the hospital or using drugs.

I knew right away I didn’t want to have a hospital birth and that I didn’t want to use drugs. If I HAVE to do one or both, I will, but I needed to know more about what we did before hospitals and how and why other animals continue to give birth without medical intervention. I was scared of a home birth even though I grew up watching TV where hospital births looked traumatic enough for me to not want children. I thought the safest place was to be around an obstetrician (obstetrics is medicine and surgery concerned with childbirth and the care of women giving birth) in a hospital along with nurses and machines, but I realized quickly it was all fear based because I had no knowledge to make an otherwise decision.

Traditionally, pregnancies were handled by midwives or other ‘wise women’ and were not considered a ‘medical condition’. Since the rise of mainstream medicine, we have seen a shift from this traditional pattern to pregnancies monitored and even controlled by physicians.

How does this correlate? Given the anti-choice laws about women’s rights to their bodies, especially the recent US abortion ones, I feel this is an excellent opportunity to share how women never had full autonomous reproductive health rights, just the illusion of it. It’s even weirder to think the rights to our bodies can be governed by anyone but ourselves…

“A series of events between 1910 and 1920 set the stage for doctors to usurp the traditional role of the midwife and laid the foundation for a pathology-oriented medical model of childbirth in this country. Two reports on medical education, published in 1910 and 1912, concluded that America’s obstetricians were poorly trained. To improve obstetrics training, one report recommended hospitalization for all deliveries and the gradual abolition of midwifery.”

I ’d suggest reading the entire article if you’re more curious as well as Ina May Gaskin’s “Guide to Childbirth”, the latter especially if you want or are having a child because I can’t go over all the things and you should do your own research.

Particularly in the US, seeing a midwife is… weird. I haven’t told anyone I’m using a midwife because I imagined I’d be seen as a bad mother already. In other “first world” countries, midwives attend more births and outnumber obstetricians vastly. By objective stats and subjective gut feelings, midwifes are still doing better.

Pregnancy is viewed as more of a pathology, an illness, than a natural process wherein women’s bodies are incapable of naturally giving birth without medical assistance. After all the research I’ve done, it makes sense some 46 years later, the right to choose abortion was reneged. The way society (plus its president) sees women (un)naturally results in rights lost, rights that should have never made it into man’s law in the first place. Or at the very least, women could have been informed and not be fed misinformation. Our bodies innately know what to do, but a lot of us have lost trust in our bodies and somehow the decision is now political.

Some say vote, but why is it even on the ballot? Some say abstinence will solve the problem, but that’s anti-choice and rape happens. Some say give free birth control but forget the most natural birth control is free as you can only get pregnant 6 days a month, that is if your period is regular and your body cooperative. Some say teach proper sex ed, which won’t solve the entire problem. Others say why aren’t men held accountable in any legal fashion, but why don’t we also keep them accountable right before sex? Also, men lie, we all do at times to get what we want. Some are asking will the government help these babies they want women to keep and some are mentioning the hypocrisy of murdered immigrant children but forget this isn’t actually about babies. There’s a lot being said and lots to be counter-said.

As far as I can tell, history has mostly been unkind to women. Women’s rights to their bodies have mostly been dictated by men. We’re “given” freedom, it’s taken, we make progress, it’s taken again, and then history is repeat in some way. I wish to present my grand solution, but it doesn’t matter because it’s your choice to do what needs to be done, or nah. 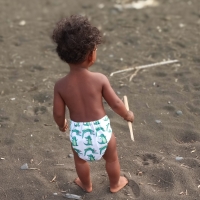 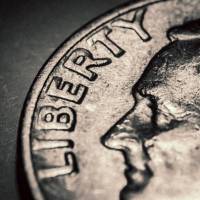